The Strange Things Our Bodies Are Made Of 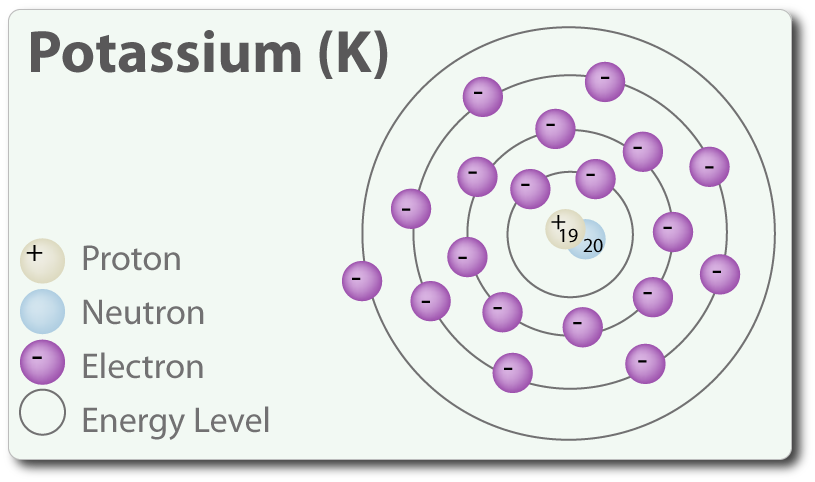 Biological processes in the human body are astounding by any measure.

We take for granted that human bodies need water and food. But what happens at the micro-scale is bewildering, even for micro-biologists and medical doctors.

Yes folks, I’m talking about chemistry. But before you click away, please know that I am not going to bore you with meaningless chemistry knowledge like you probably endured in high school or college.

Instead, I’d like to look at a few of the body’s essential nutrients that are very surprising. This doesn’t come from anything I’ve ever read or learned (and I doubt you have either), but nonetheless it should surprise and delight.

1. Potassium – The chemical symbol for Potassium is, counterintuitively, K (for Kalemia in Latin). In its pure form, it is highly combustible in water. By “highly combustible”, I mean that if you take a chunk of it and throw it in a bowl of water, it will violently catch fire. On top of that, potassium is radioactive. Proponents of nuclear energy sometimes state that you get more radiation from eating a banana than by living near a nuclear reactor. While I can’t vouch for the validity of that statement, I can vouch for the radioactiveness of potassium. Ironically, our bodies NEED potassium.

Potassium is a very important mineral to the human body.

Your body needs potassium to:

2. Sodium – Like potassium, sodium catches fire in water. Less so than potassium, but defintiely pyrophilic. This begs the question: “Isn’t the human body inundated with water? Why do we not have fires going on inside of us all the time?”. Well, that’s kind of what is happening – on a micro-scale. Sodium is a key element in regulating cell permeability. Cells need to absorb and excrete. They also need to guard against foreign particles. The cell wall performs these functions but is regulated by the “sodium channel”. Without boring you to death and going into too much detail, sodium is the bouncer at the “club” that keeps good things moving in and out and stops bad things from doing the same. Without sodium, our cells cannot function. It is so essential to our bodily functions that in ancient times, blocks of salt (Sodium Chloride) were used as currency.

3. Star Dust – When stars reach maturity, they tend to explode. Well, that’s most stars anyway. When they explode, they eject a massive amount of rock and dust. As this cools down and gravity takes hold, then another star is sometimes formed and planets as well. Welcome to Earth, one such lucky planet. On Earth, creatures have evolved through the millenia to eventually create humans. Humans, and other mammals, need Oxygen to breathe and have metabolism. Where did O2 come from? Current scientific theory suggests that O2 was started by simple cell organisms that “breathed” CO2 and “exhaled” O2. Today we would call these organisms “algae”. But if we look further, we notice that CO2 is simply a carbon atom attached to two oxygen atoms. So where did C and O2 come from in the first place? Stars. Yep, stars. So when Crosby, Stills, and Nash says that “We are stardust”. They are absolutely right. It is the stuff that was formed in stars millions of years ago that makes our tiny brains that can grasp at this.

4. Bacteria – 90%+ of the cells in your body are bacteria, not your actual biological cells. This is a bit misleading, because it takes account of whole body genetic material. But with that in mind, it is still surprising that there are that many bacterial dna traces in our systems. Why is that? Well, that’s a long explanation, but it has to do with evolution. I suspect that medical science will eventually figure this out and start treating people with something other than antibiotics. (anti-life)

Hopefully this didn’t freak you out. If you have comments or questions, please reply in the form below.